Please see below engagements the Town Mayor has attended in the last month.

On Thursday 14th July Town Mayor Cllr Doreen Anderson and Cllr John Anderson attended Leigh Beck Junior School’s year 6 production of The Lion King. Cllr Anderson said “The performance was fantastic and well done to all the children involved for their spectacular efforts. Thank you again to Leigh Beck Junior School for inviting us and congratulations to all those involved for a great production.” 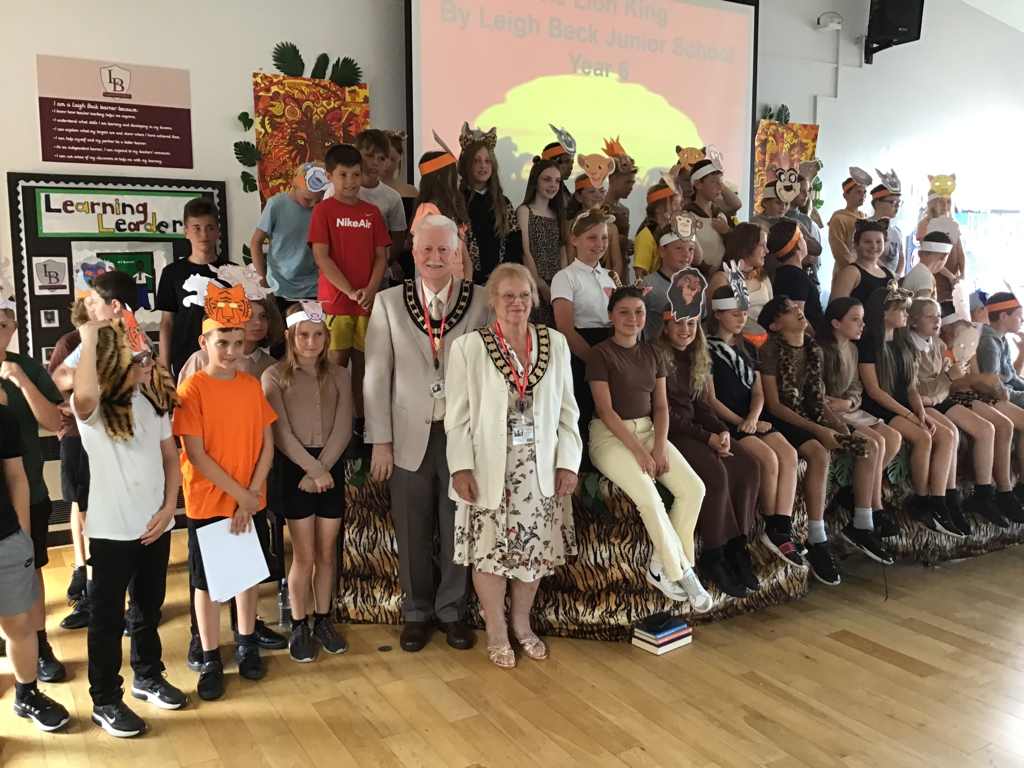 On Wednesday 1st June 2022 Canvey Island Town Mayor Cllr Doreen Anderson and Consort Mr John Anderson attended the Platinum Jubilee Celebrations hosted by Smallgains Social Club. They enjoyed the afternoon and said “It was a lovely afternoon and as always we received a very warm welcome from the club, we thoroughly enjoyed the entertainment and it was a lovely afternoon tea.” On the same day the Town Mayor and Consort had the honour of planting a tree at CISCA House, which is the Cllr Doreen Anderson's chosen Charity of the year and will be the recipient of funds raised at this year's Charity Garden Trail

On Tuesday 24th May 2022 Town Mayor Cllr Doreen Anderson and Consort Mr John Anderson attended the Platinum Jubilee Afternoon Tea hosted by Cornelius Vermuyden School. They enjoyed the afternoon and said “It was a lovely afternoon and we received a very warm welcome from the staff and pupils.”

The Town Mayor would welcome any invitations to your organisation or upcoming event. Should you wish to invite the Town Mayor to attend an event, please complete the Town Mayor's booking form, which should be sent back to events@canveyisland-tc.gov.uk