In October 2007, the Town Council applied to the College of Arms for the official transfer of the Canvey Island Urban District Council’s ‘armorial bearings’. The completion of the transfer was reported in May 2008 when the Council was officially able to use the coat of arms.

The coat of arms is officially described as follows: ‘Wavy white lines on a blue background signify the River Thames that constantly laps the Island’s shores, whilst the snow-white droplets allude to the early salt extraction. The Island itself is fashioned as a green diamond lozenge, with the fat-tailed sheep that provided for the cheese-making industry in the centre. Oyster shells stand at the four corners referring to another past industry. The sea walls are represented by the inner golden escutcheon; the inside is embattled to show the reinforcement of them. They are divided into seven equal parts, referring to the seven main drainage sluices that had previously been present. Finally, on the crest stands the Dutch Cottage and the motto ‘Ex Mare Dei Gratia’ meaning, ‘From the sea by the Grace of God’ . 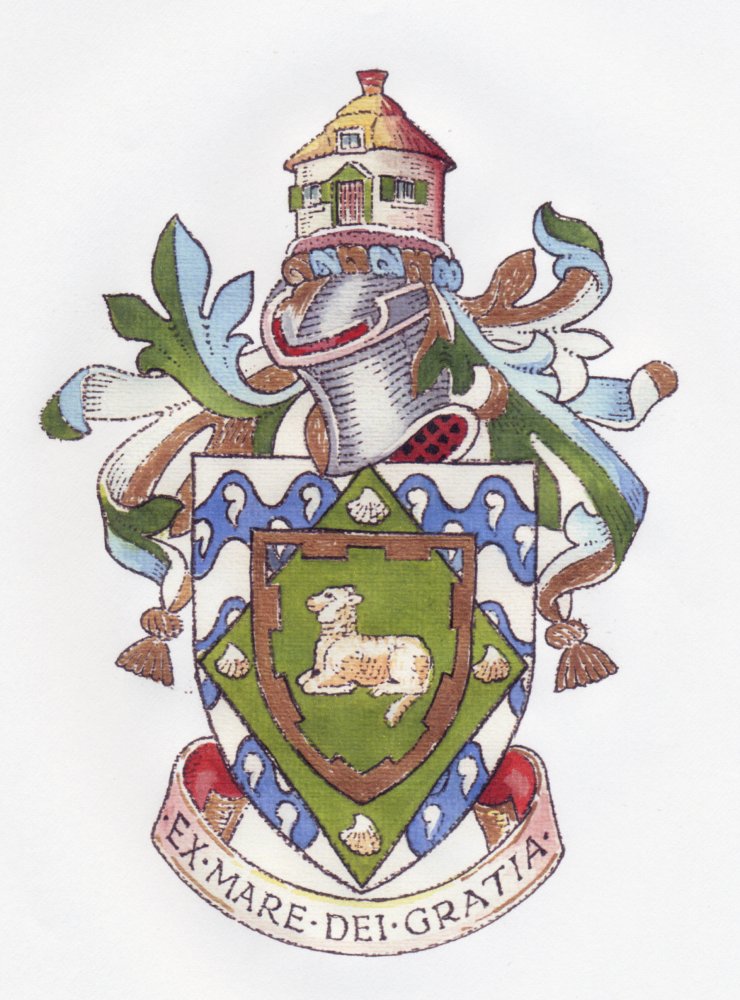